Authenticity Unlocks the World of Abundance and Success

Today my thoughts are about authenticity. What does that mean? What does it mean to be truly authentic? 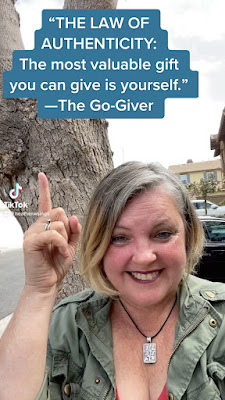 Once again, I’m about to get really real…

January 2020 I determined that my word for the year was AUTHENTICITY.  I even went about creating a summit focused on that. That’s when I had the incredible opportunity to meet AMAZING people doing amazing things.   As I interviewed these 22 incredible people about authenticity and how that looks in their lives, my website became https://authenticitylive.net.

Jump forward I can’t believe it’s been about a year and a half but then my friend and I participated in Leslie Householder's, author of The Jackrabbit Factor, programs Genius Bootcamp and Mindset Mastery. Someone said something in that process…

Here’s where I get real… That shut me down a little.  OK maybe a lot. And it was simply calling me out on the fact that I was overthinking and trying to control things. And while that may be true, I truly was doing EVERYTHING I knew how to let go.  And I did have a little success.

BUT THEN FAST FORWARD...

Today I had a huge realization. The realization was that in my "controlling" the outcome… I want to say, I believe I was more working on CREATING the outcome I desired.  However my downfall was, is and has been: Simply I continually try to copy what others have done. Copy the formula. Make it look like how it looks in Leslie and Trevan‘s life. How it looks in other's lives that I'm only seeing from a far.  How it looks in everyone else’s life that I was being mentored by. This is something I’ve done my entire life. When I was in college I was in a performing group and the directors wanted me to be like somebody else.  Once more I began to BELIEVE I'm not good enough, I have to be like someone else.  (total limiting FALSE belief)

Here’s the truth: none of the programs and laws will work until you get real with who you are. As a performer, I couldn’t perform until I really was performing from my heart and not from a place of trying to be like someone else or trying to be someone else. This is totally similar in the  process of the implementing the laws of success and abundance…

While reading this book called The Go-Giver by Bob Burg, John David Mann, et al, I realized that nothing will work for me until I show up honestly and authentically.  The 4th law of success from that book is "The Law of Authenticity--The most valuable gift  you have is yourself."

I had to have a real conversation with myself about my belief system. I have known since I was really young that I had something significant to contribute to the world. And I desperately wanted at age 4 to get out there and be grasp those opportunities. But I was told things along the way that I started to believe rather than believing what I know inside myself. Some of the things I began to believe were:  "You don’t look right", "Something's wrong with you", "You aren’t good enough", "You’re not like so and so" (translated into "You're not as good as so and so")… And plenty plenty more.

Can you see that these thoughts are pure and simple LIES?  Lies I'vew come to claim as truth--or in other words, limiting beliefs.

They were the beliefs that I adopted and that became my story.

Since then I started listening to that true voice inside myself (which is always loving and kind).

Is it really as simply and identifying the false beliefs and claiming truth?  Yep, it totally is!   I simply said, "I release these old limiting beliefs and I choose to believe myself."  And when I feel them creeping in again, because of course they will, I simply repeat the statement or affirmation.

In doing so,  I have found peace, and I have let go of control in a very different way than I thought I was supposed to. And this, my friends, is because everyone’s journey is different. Everyone’s journey to embracing and understanding and following the laws are different. God works with each of us individually according to who we are in the eternity‘s. And what our missions in life are.  When we can embrace that, that truth that we are individuals and truly unique; then continue to apply that  amazing truth, everything starts to click. We can then embrace the patience we need to wait for that law of gestation.  It is so much easier because we see the truth of who we are in the grand scheme of things.

I am grateful to be me. I am grateful for the amazing people in my life who teach, mentor, and inspire me. And I love that I get to do the same for others daily.

I encourage you to find what is keeping you from being your most authentic self and showing up ready to give of that true self so you may receive heavens bounteous blessings.

P.S.  I just started a TikTok channel FOLLOW ME:  @heatherwsings

P.P.S.  Two weeks after this mindset breakthrough along with the Leslie's tools of understanding the laws, I have doubled my income. 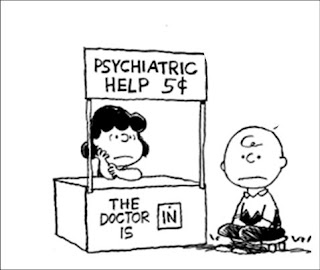 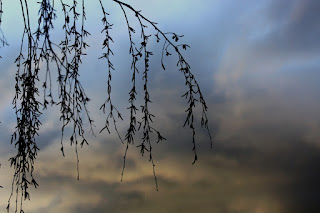 Lyme information from a Lyme Patient Point of View